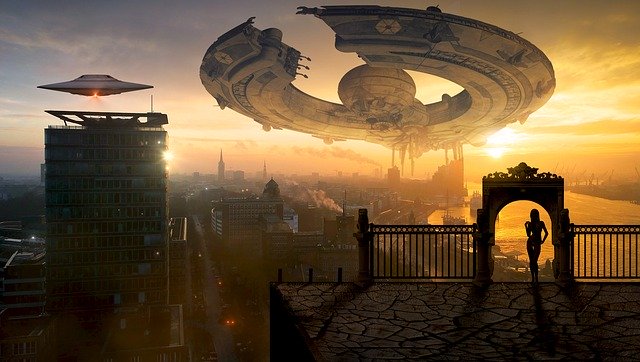 PLEASE READ:  I am embedding this from a reddit topic called r/nosleep, that features authors wanting to share their horror stories.  This author, CarlB1961 said he chose to share this on the r/nosleep forum.

QUESTION:  Do you think this story is true or false?

Billions of years ago, before Mankind ever existed on the earth, the universe was ruled by a race of powerful, malevolent creatures of evil and horror beyond human comprehension.

They were known as the Dark Ones.

They reigned supreme throughout the universe for countless eons, torturing and subjugating all other races that feared them.

Until the Wise Ones came from beyond the furthest stars to engage them in battle.

The Wise Ones. Creatures of light and wisdom and reason.

The war between the Dark Ones and the Wise ones lasted for many millennia, but at last the Wise Ones were victorious.

The defeated Dark Ones were banished to a realm of darkness and then the Wise Ones sealed the portal before leaving our universe, ascending back to their world beyond the stars.

I know all this because I am a research scientist stationed at a remote outpost in the barren, frozen wastes of Antarctica. Part of a archeological expedition assigned by a university (I won’t say which) to study the natural history of this vast, desolate ice continent.

Eight months ago, my team made an astounding discovery in the heart of the Transantarctic Mountains — the ruins of what we had at first believed to be that of an ancient civilization, older than any previously known to have existed.

Over the next few months our research revealed that the ruins were not of human construct. Analysis of soil and mineral samples taken from the buildings during our preliminary investigation revealed something beyond belief: they were at least half a billion years old (from the Paleozoic era at the earliest). To put it in perspective: the earliest progenitors of the human race are believed to only be around six million years old. Modern humans as we know them have only existed for around two hundred thousand years, and the earliest known civilization is only around six thousand years old.

To say we were amazed would be an understatement. We had found the remains of a pre-human civilization that had been here long before we had; long before the earliest organism had emerged from the ocean to evolve into the primates that were our distant ancestors, even. We had made not just scientific history, but all forms of history. Proof that a different species had once existed, and had dominated the world before we had.

We were ecstatic, convinced we had made the most earth-shattering find of all time, one that was going to radically change what we had thought of the distant past of our planet. We were going to be famous.

We revealed our find to the president of the university back home and he told us to keep quiet and not to reveal one word to the public until we had collected more data. His concern was understandable, given the massive impact this was going to have on civilization when the news finally broke…

…READ THE REST BY CLICKING HERE.