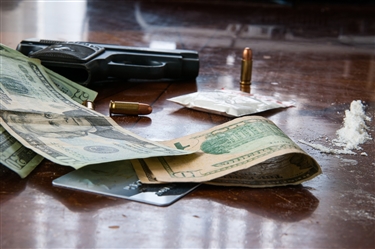 Each Moon Says Something Slightly Different Depending on How it Aspects Other Astral Bodies.

Today we will experience another full moon at approximately 7:52 pm est, and the numerology of the time alone (5 or travel/movement) tells us a little something about what it might mean for us. This Worm Moon (sometimes called Sap, Crow or Lenten Moon) is a symbol of warming weather and the appearance of earthworms as a result of temperature changes. This year’s moon also happens to be the second Super Moon of 2018, though not as big as the one we experienced in January. Super Moons initiate revolution and this one, I believe will be a Cardinal Moon for us vs a Crow Moon and I’ll tell you why.

A couple of days ago, I saw a beautiful red cardinal (male) perched on a tree that had not yet received his/her leaves, which caused the cardinal to be seen clearly against the backdrop. He definitely wanted me to see him. My only thought was that he was beautiful, and I supposed he was there to assist me in some spiritual endeavor that had been scheduled for me! I made a mental note and went on my way.

The next day, I opened the door to my back patio and the large cardinal was trapped there, after having gotten inside. He was breathing hard because he was tired from running into screen walls, and he was frustrated. He was also fat from eating my chicken’s feed. I opened the door wider and cooed at him to help him find the exit, which he eventually did and flew to freedom. I then looked at the Astrology wheel to see what it all meant.

The first question I asked was, will Pisces take Aries’ place as the cardinal sign of this year, and should we assume that cardinal, fixed and mutable signs are unchanging, putting Momma Earth in a box? At the time of this Cardinal Moon, when the Sun is opposite a Super Moon at 0.00 degrees, our dreams of love, family and community will be fueled by a Piscean Neptune and those things we imagine can change our lives for the long-term because those dreams and desires are supported by Saturn and Pallas who brings political change (in this case not only grounding us to Earth’s natural cycles, but also bringing about banking/financial fairness so EVERYONE can eat). It seems this weekend some impromptu rally could create an explosion of country-wide proportions so be careful what you do and where you go….there’s lots of fuel in the air!

In my mind, Opposition transits are not hard aspects because it indicates that two planetary bodies are far away from each other taking care of totally different tasks in different locales, however, this Super Moon in Virgo wants to set order with Pallas in a trine so in this case, this opposition with Papa Sun is like a conjunct of sorts where two teams are working for the same goals, because the Moon may be far from Papa, but her best friend is working with Him on her behalf.

Pallas Seems to Be the Main Conspirator Here so What Does He Want!

Pallas wants fairness, and in this season he wants it in working conditions, the financial industry, inside the home, and he’s done with lies and is about to focus on mental health (Ceres retro in Leo). So what about gun control?

Mars is holding up that side of things, but think about it carefully. Mars the God of War in Fiery Sagittarius who likes to shoot things with his war and sexual arrows only has little vestal virgins to fight him (Vesta) and Uranus on his side, but is Uranus (in a fire sign, no less) strong enough to pull off what major planets like the Sun and Jupiter usually help with….especially when dealing with the God of War in Sag???? I don’t think so…at least not with this Super Moon. Check out the stars and tell me what you think.

I sincerely hope you enjoy reading this post as much as I did writing it!