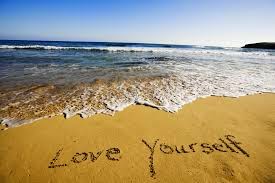 Please note that most of what I write is based on pagan or non-traditional beliefs.

Some of us have experienced happenings in #life where we may have felt like our breathing had stopped or that our reason for #living was gone. We could not believe that a certain loved one had passed on to the other side or that a co-worker had betrayed us at our place of employment.  We may have been in shock for months when our spouse announced that they wanted a #divorce and left us #brokenhearted and we wondered why things weren’t going the way Hollywood said they would.  I’d like to submit some observations about love that I think outweigh Hollywood’s notions and basically my take on love is that you should definitely love others, but you must also love yourself:

Losing yourself in someone else is a disservice to you and will eventually be to them also.

I knew a woman who married her high school sweetheart and decided she would prove her love by devoting herself to him and their children.  He wanted to be her knight in shining armor, also (because of his own insecurities) and he told her she’d never work outside the home or want for anything.

As she got older, she “over”-cared for everyone in the family, gave up her dream of teaching and looked for the day when she and her knight would travel the sunset, except the knight got sick.  In their latter years, he was unable to travel and she was unable to drive and was very dissatisfied with him because she’d erroneously put ALL of her desires into him.  She felt he let her down and had caused her to put her life on hold for nothing.  She is now 69 years old, usually unhappy, and very dissatisfied because she put her happiness in another human’s hands.

ALWAYS……I think I need to say this again…..ALWAYS nurture YOURSELF because you were sent down to this planet for a purpose and usually that is NOT to devote yourself to someone else while you languish, undeveloped.  It  is not cute or feminine, and good men do not want a woman who cannot do anything on her own.  It’s not even what a woman is and it should never be known amongst our female clan. (I just thought that female clan part sounded good.)

If you don’t demand respect from others, they could end up despising you.

John did everything for Beth and had loved her since they were both in the 7th grade when she used to beat him up on the playground.  After finally convincing her to marry him, he did everything to try and please her to include bringing home the majority of the household income, helping with the kids while she was out with her friends and even allowing her to curse him and have temper tantrums while he hid her wild behavior from their family and friends.  He thought that if he offered her complete and total control, she would never leave him.

Let’s get right to the chaser — Beth ended up leaving him for the bouncer at the bar she frequented and this bouncer now physically abuses her and crazy Beth still despises John.

ALWAYS, whether you are male or female, demand or command respect from your colleagues, peers, friends, family, spouses or children.  Human beings are really just animals, I mean seriously, and if you don’t demand that we respect you, you will have a pack of wild wolves on your hands.  I am not advocating walking around with a chair and whip, but I am advocating you must relinquish yourself from verbally, emotionally and physically #abusive #relationships; press charges, if necessary; and make examples of employees who deserve to be made examples of so the other employees realize you are good and fair, but YOU are the boss.  Sorry guys, I don’t feel like being politically correct today, I just want to tell you like it T-I-is.

The body was made for more than physical pleasure.

You know (I say breathlessly), I actually feel sorry for sexual beings between the ages of 16 – 38 because as I recall, hormones rule during that time and the mistakes they cause are life-changing.  Any hormone issues after 39, usually don’t flair up as often, don’t have effects that last as long (because we’re older), or  can usually be dealt with using the additional income that comes with old age.  😉  One thing most people will realize as they get older is having #sex four and five times a day is so played and will just make you tired of your partner.  Khalil Gibran once said in his book ‘The Prophet’:

Love one another but make not a bond of love:       Let it rather be a moving sea between the shores of your souls.       Fill each other’s cup but drink not from one cup.       Give one another of your bread but eat not from the same loaf.       Sing and dance together and be joyous, but let each one of you be alone,       Even as the strings of a lute are alone though they quiver with the same music.       Give your hearts, but not into each other’s keeping.       For only the hand of Life can contain your hearts.       And stand together, yet not too near together:       For the pillars of the temple stand apart.  And the oak tree and the cypress grow      not in each other’s shadow.

Ultimately, there is something that YOU the individual must learn in this lifetime and getting lost in another or becoming obsessed with sex will cloud your judgement, create dissatisfaction and sometimes make you physically ill.  ALL thinks in #moderation, less you end up like me, writing a book about being Broken Hearted, (which turned out to be a not so bad thing, if you know all the things you can do with lemons).

Elevate your mind and get yourself together.

Our challenge in life is to rise above our animal nature so that our #mind becomes stronger than the part of us that we physically see.  If you choose to ignore this bit of wisdom, you will find that the #bottomlesspit the bible refers to is actually your #appetite for fleshly pleasures, which will never be satisfied until it completely consumes you.  I promise you will be much happier and satisfied once you get your appetites — all of them — under control.

Make it a point and a practice to face your fears.

Fear is the ultimate enemy because it can never tell the truth.  RT

Some people say fear actually helps you (sort of like pain), but I disagree, I think common sense helps you, but having common sense does not mean that you are afraid of anything.  Also, ladies if you feel your uterine muscles moving like when you lift weights, see your stomach contorting in weird shapes, lose a lot of water from ‘there’ and see a baby’s head, you know you’re having a baby — you don’t need to feel pain, just like you did not need pain to get pregnant or to figure out you were pregnant.

#Fear is a #liar and will tell you that you are not capable of doing something that you can probably do better than anyone around you.  Fear’s purpose is to ARREST growth, stop #PROGRESS, halt #HAPPINESS, and confuse #MINDS.  If you really think about what fear says, and if you pay attention to the words that come out of its mouth, you will see how senseless it is.  Can you tell I hate fear?

Many horror flicks will soon grace our television screens, computers and #iphones, and after watching these delights, fear will tell some of you that a crazy with a hacksaw will get you if you close your eyes in the shower so you will not wash for weeks.  Okay, I hope that last sentence is false.

I could write a book just about this topic of fear, and maybe I will because it’s high time we take back the reins of power from this large-eyed, buxom beauty.  I call fear that because everybody thinks they’ve got to have her, just like they think their suppose to have fear.

“Guard your heart for out of it flows life’s issues.”  You will soon learn “evvybody ain’t who dey seh dey iz”.

Okay so you caught me quoting the bible, (and some southern spirit hanging around me today) but you never heard me say everything in the bible was false (or that spirits aren’t real).  The saying above is actually a good one because some of the most friendly, smiley, ‘so-called’ happy, buddy old pals turned out to be back-stabbing snakes….that is of course if a snake could stand with a knife in his/her hands.  Sometimes I have a hard time trusting those happy, happy people who laugh too loud because many of them are bipolar and these are the very ones who have caused me the MOST trouble in life — seriously.  Give me a quiet loner anyday of the week because I know I can trust what they say when they finally open up their mouths.  This won’t apply to every happy ass person, but be careful because only time will tell you who a person really is.  Don’t you just hate those people that get along with everybody?  If you are one of them, please don’t unsubscribe!

The person that you think is your best friend may end up being the Ted Bundy in your life because you find out that your natal charts show murder synastry, but that is another blog that you can read on another day.  If you were meant to be murdered by someone you know, when you meet your murderer, there will always be some crazy attraction that you have to them, because if you knew they would murder you, you would not EVER be alone with them — it’s a karmic trick and one of the slickest that ‘they’ have ever come up with.   I am still trying to figure out who ‘they’ is…..or are…..hell who knows? The link in this paragraph is to an old post that I wrote about #murder synastry and what to look out for in synastry charts so that you can tell if someone has the capacity to commit such acts.