In a human life, most souls evolve along with their space suits (physical bodies) every 12 years, yet within those 12 year cycles are 1, 2, 3, 4, and 6 year cycles, respectively, where various markers initiate growth and change and are corroborated by synchronous movements of the stars, planets and asteroids. It is an elaborate system, the numbers of which are noted and mythologized in events of sacred texts, history books, government records and in your own family’s personal annals, whether you realize it or not.

When Did All of These Life Cycles Begin?

One of the biggest questions of mankind is, “When did Earth begin?” Though we have guesses, we do not really know for sure because our measurements are flawed, for instance, when measuring objects after a few hours, scientists noted a +/- error of 80 years with radiocarbon dating.  Also, the surrounding area and climate conditions of said objects also affect the materials measured and we know that no environment is exactly like another so the system is flawed and not an exact science.
Even with that, we estimate the Earth to be about 4.5 billion years old with genus Homo dating back to 2.8 million years or so and the oldest known human art dating back about 40,000 years. (Read more: https://www.smithsonianmag.com/smart-news/climate-change-might-break-carbon-dating-180956062/#KzuKQBB9m0aVoSlx.99).

At the end of the day, it likely does not matter how far Earth goes back if we repeat cycles over and over again anyway.

How Does the Vernal Equinox and the Number 12 Relate to All of This?

One way to measure the start of human cycles is to look at important numerical factors in phenomena we do know about.  Let’s get a few definitions out of the way first.
The procession of the equinoxes is the changing position of the vernal equinox (which occurs every 6 months) when the Sun moves across the celestial equator, an invisible line on the same plane as Earth’s actual equator.  This procession takes about 25,800 years and when this time frame is viewed in light of the time it takes for a new earth age to occur (when the Sun’s supposed path crosses the celestial equator in a new constellation), the magick number is 2,150, thus new important cycles occur based on this number and factors or multiples of this number.
There are 12 major constellations or sections of the sky pie or Astrological chart and 12 ages make up a full procession, which again takes about 25,800 years.
The fact that the earth is tilted and rotating adds more fuel to the fire in trying to understand how long it takes to get to each factoric or multiplictic phase of 12, some cycles or phases bearing more weight than others.
Below is a decent picture from Dennis Nilsson to help you get a visual of earth’s movements as it relates to the concept of equinoxes: 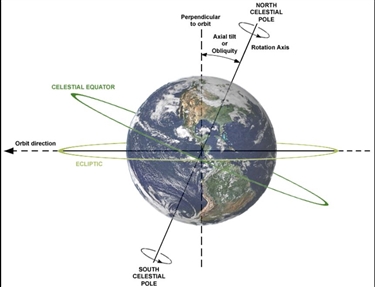 When the position of the vernal equinoxes (in March and September) changes constellations every 2,150 years, it marks a new age, i.e. the Age of Pisces (starring Christianity and Islam) or the Age of Aquarius (emphasizing the people’s autonomy and community).  If you divide 25,800 by 2,150 there are twelve cycles or ages that are named after the 12 constellations and even though the constellations shift, the fixed part of the dark sky in which they are located does not.  It is thought by some that the dark matter of said fixed parts of the sky is the actual influencing factor or energy, which predicts or causes Earth’s characteristics at various seasons and that of constellations that are located within these fixed spaces.
In 325 CE, the Bishops’ Council of Nicaea decided that Easter would be held on the first Sunday after the first Full Moon occurring on or after the vernal equinox.
In modern times tying of the March equinox and its relation to easter Easter or the time of the risen “Savior” in Christianity goes back to the start of the Piscean age, which was around 68 BCE  The time of the birth of Christ is said to be just before Herod’s demise between 3 and 4 BCE.

What is the Importance of the Number 12 in Determining the The True Birth Year of Jesus Christ and the Actual Year of the Beginning of the Common Era?

I ask that you who are not Christians bear with me as I reference Jesus Christ to make a point. We know that when it comes to historical figures his personage is one of the most talked about in history and his birth is considered, to some degree, as a marker of time.
Historical persons, events, natural changes/disasters all occur as expressions and symbols of human and earth cycles of change.  More simply put, on the day you were born there were certain energies influencing humankind and you represent those energies in your character as well.
When using exact multiples of 12, such as 72, 84, 96, 108, 120, 132, 144, 156, 168, 180, 192, 204 and so on, we can more accurately determine when major changes will occur or have occurred in human history.  We can even look at modern historical events in order to go back in time to determine the accuracy of dates of older events where the exact start date is unknown.
For example, historians are unsure of the exact birth of Christ, though they know it occurred just before Herod’s death, which is estimated by German theologian Emil Schurer to have occurred in 4 BCE.  If we look at the approximated birth of Mohammed, about 570 or 571 CE, we realize this was a highly significant birth, which started a world religion, but one that did not occur in a year that is a multiple of 12.
When using a very exact system of numerology and determining that persons of such historicity should be marked by the number 12, this puts Jesus’ birth at 6 BCE and Muhammad’s birth at 570, which makes more sense with regard to my theory. Using these calculations, we are actually in the year 2025 CE and not 2019.

When Will We Have Our Next Major War? Hopefully Never!

As we go forward, please keep in mind that I am calculating time based on my new system and we are in the year 2025 CE vs 2019.
There are SO MANY astrological combinations and transits that can explain a world war, and it is easier to look at a basic numerological calendar and then explain what type of war it will be using Astrology and Tarot.  For example, World War I began in 1914, or according to my calendar 1920 CE, exactly 160 12 year cycles from the birth of Christ.
The Sun was in Leo, which makes a lot of sense and conjuncted Neptune, which also makes sense and indicates a very naval war.  Vesta sextiled the Sun calling for order via strategy in her sign of Gemini.  So where was the God of War?  Mars was nestled in Virgo conjuncting Venus in the same sign so even though we can easily explain war using Astrology, the only hard predictor is the Leo Sun without looking at hard transits of countries that were involved.
Now let’s look at a projected date for a next major war-like event using the number 12.  I’d project something significant is bound to occur in late summer or early fall of 2022.
Oh well, all we can do is wait and see!