This post is a personal one, but if you have insight, it is welcome in the comment section.

It’s Been a Thought for a While Now.

At first it was about leaving the city, then the state. After looking around, no suitable state could be found. Real estate prices were very high. The cost of doing business was also high and corporate America was out of the question, with each employee earning less than .003+ of the annual earnings. I began watching international movies and following expats on YouTube.

American history was hard enough to deal with in light of its victimization of the indigenous and other innocents and/or generational feelings of guilt and fear concerning those acts.

So many untimely deaths.

Young blacks, young white pregnant wives, pregnant women in general, suicides, bullying, numerous abortions, mass murders, school shootings, the list goes on and it’s bloody. At least the advent of smartphones made some of the facts public. It was hard to bear and still is. Despite making up close to 5% of the global population, the U.S. has more than 20% of the world’s prison population according to aclu.org. CNN, Court TV and other networks have traded news for constant crime dramas making murder a daily visual for many Americans.

Many people in America are segregated. Churches, schools, neighborhoods, bars, grocery stores, malls and clubs….segregated. Americans have come up with creative ways to gentrify, manipulate taxes, gerrymander and lie to promote segregation. There are new buzzwords for segregation, such as private school, uptown, north this and north that, evangelical, contemporary christian music, gated community, yacht club access only, etc.

Status rules politics and equates to race and class. There is so much dirty laundry and underhanded shifting that efforts are made to arrest every black man to keep him from running for public office or joining the police. Yes, all it takes is a charge.

Bail outs have been the order of the day since militia were granted lands to take up arms. Then there is the 40 acres and a mule that most did not receive, New Deals, stimulus packages and other treasury fix-its we have no clue about. Capitalism in and of itself is not self-sustaining. Economic knowledge is akin to physics in our modern world, and even with Masters degrees in the field, economics is a guessing game. How stable is an economy that only requires a tweet to influence the market.

America as a country has been charged by the international community with unfair treatment, manipulation of foreign governments, foreign strategies to divide-invest-train-weaponize-then conquer from within, etc. The government denies it all. Do you believe them? It’s all in the sacred name of that illusive concept called democracy.

Commercials are telling every human in America to date someone of a different race. Not sure how I feel about that yet. Maybe it’s what we need.

Everything you search online will be turned into an ad only you can see. Even Netflix is manipulating movie icons tailored for individuals watching. Google has figured out who you are, what you look like, how much you weigh, etc., and has tailored the interface for you. Nothing is authentic. No decisions to make — they’re made for you.

Even sports is up to the referees and players vs skill and true competition. NBA players seem to all have taken acting classes to over-dramatize fouls. It’s sickening. It can’t be called nature vs nurture when the nurture is contrived, not for your own good, but for sales. What is this country coming to?

There are many of you who have traveled the world and have seen the faulty infrastructure, lack of sewerage, questionable monarchies and weaponized religions. There seems to be no place to go. Still there are others of you who have reserved tickets to the first planet that comes available. Many more are awaiting the return of Jesus, who has promised to rectify it all.

At this stage in the game, all I want is a piece of land, 30 chickens, six pygmy goats, fruit trees, running water, social media, a few loved ones, a beach, two black wolf dogs, one cat, colorful birds, bees, butterflies, dragonflies, good health and privacy on an undisclosed beautiful terrain that satellites can’t spy on. Perhaps that will be on Earth, but more likely in a mountainous oasis closer to Her core.

There is Power that Exists in Zipping It.

The other day I read a very enlightening post about the importance of silence in prayers and magickal workings.  In this absolutely wonderful piece entitled, “To Know, To Will, To Dare and To Keep Silent” by Estelle Daniels the author outlined what was in her opinion the appropriate steps to successful energy work.  I learned about what was possibly delaying some of my requests, that I had released (or so I thought) into the atmosphere.

Despite what Hollywood has attempted to portray, members of the #Pagan community, more specifically practitioners, are generally very nice and loving people.  Just so you know energy workers all have the option of getting regular jobs (if they don’t have them already), but instead many of them follow their hearts and callings, risking ostracism from the outside world, to help society and friends — and not for mega bucks.  Energy workers need love just like everyone else, but sometimes, those they think are friends are staying close, but not for the reasons they think!

END_OF_DOCUMENT_TOKEN_TO_BE_REPLACED 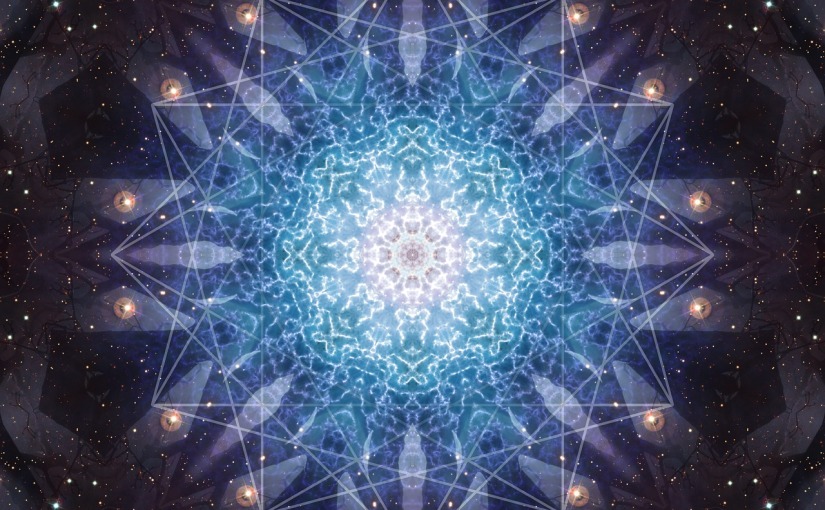 Thank you to all of my blog readers for your encouragement and interest.  Things are getting deeper as we speak, and I want to assure you that I will only express truth as I know it or info as it is revealed to me and researched as truth.

I love you all and hope you have an awesome day!