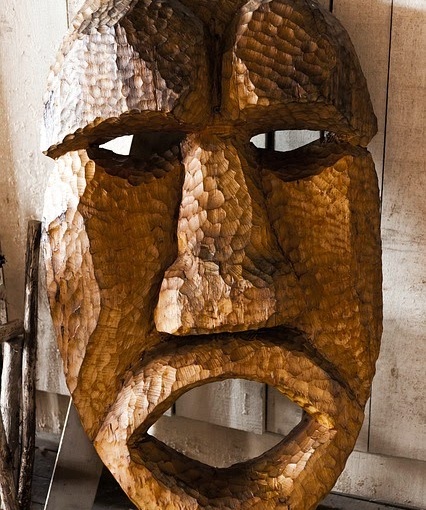 ….had an interesting conversation with a christian Nigerian yesterday….

He was talking about how much he loved Jesus and I asked why people in Subsaharan Africa embraced a foreign religion in spite of their intense indigenous spirituality. He quickly corrected me and said Africa has NOT rejected the Orisha. He said they go to Jesus for ‘meager’ things, but when there is something they cannot handle –that is above their heads, they go to the Orisha. Hmmmm.

I then asked about the original Vodun culture of Benin and how it differed from Haitian Voodoo. This very intelligent, educated man told me that the spirit religion of Benin does not have near as many gods as Haiti. He said they have less than 10 and they have other religions like Orisha, but with more rituals and called by other names. This spirituality is lumped together by outsiders and called Voodoo.


I asked why, in his opinion, Africa was so easy for just a few to conquer and control. I asked this from a spiritual standpoint….his answer was Africa is the seat of human life and all originality stems from there so there is a lot of diversity (or perceived diversity, in my opinion) and people do not work together so they are easily divided and conquered.  After he realized I was just pumping him for info and I was not interested in romance, he wanted to end the conversation…LOL.
Postscript written June 2012
After delving more into African indigenous spirituality, I now have a better understanding as to why Africans embraced European spirituality.  Many medicine men used their knowledge and fear to control people’s minds and enslave their purses for life.  I believe people were tired of this bondage, along with the cultural and familial ties to the shaman and the white man’s “Jesus” offered a way out.  Selah.