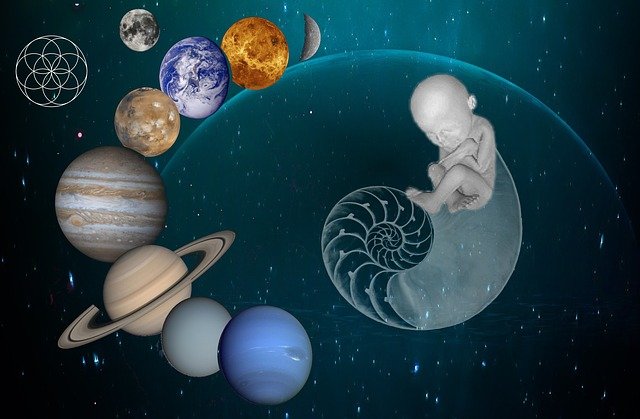 More than Three Dimensions in Any System Can Be Confusing.

I have to admit, when people start to talk about 4th, 5th+ dimensions, I haven’t heard a definition that is easy to understand, even though a thorough understanding of #sacred geometry would probably answer the question.  When we discuss past, present and future as all existing right now, that is difficult to grasp when I know my grandmother passed away a certain number of years ago, which would mean it happened today, however if our past affects our now and our future, it may as well have happened today, but that would also mean, I am already everything that happens in my future.  Perhaps my right now is what recalibrates both my past and my future.

Which is More Powerful, the Past, the Present or the Future?

Your reading of the title of this section happened in the past.  That’s just how fleeting the present is.

There has to be another intertwining  dimension we do not yet know about.  You have been told not to focus on the future, but only on the present.  I am starting to disagree with this concept.  By perfecting your possible futures or future potentials, you ensure your fleeting present is the best it can be.  The thought of erasing your past is scary, but you have to in order to get where you want to be.

In my dreams, deceased people go through walls in order to leave our plane.  What if putting up a physical wall actually separates space and creates a doorway of sorts.  Does that mean that you can create a portal any place that you put up a wall….a fire even?  What portals are opened during wildfires which happen out west and in the midwest?  And if teepees and pyramids are circular or triangular, does the shape of said items create a more powerful portal for the entrance of numerous energy beings via one focal point at the top of the structure?

That Which Controls Another is in Charge.

We refer to the moon as a satellite which revolves around the earth, even though the earth is turning on an axis and the moon is not; even though the moon affects the earth’s water tides and the earthling’s emotions; even though the earth, which is bigger in mass and the moon, which is smaller is the lesser in size; sort of like the size of the elite population is smaller than the size of the general masses.  Who really is in charge if the moon has been here longer than any human, therefore we really don’t know which came first.  Which is really in charge, earth or the moon?  If the Moon is in charge, what is earth’s purpose to it?

If we look at the life of a cell from birth to death as it relates to a human body, from that human body’s birth to death, and then we consider Earth which is circled by the moon headquarters in its own cycle and the two revolve around the Sun because the earth pulls the moon where ever it goes (or so we are told), and if we could really see, this galaxy from a big picture, the Milky Way probably revolves around something HUGE along with other #galaxies, then that is how I see multi-dimensionalism.

Wikipedia describes Existentialism (/ˌɛɡzɪˈstɛnʃəlɪzəm/ or /ˌɛksəˈstɛntʃəˌlɪzəm/) as a form of philosophical inquiry that explores the problem of human existence and centers on the lived experience of the thinking, feeling, acting individual.  Imagine that all of your experiences in each stage of your life is revolving around each other in their own sort of solar system to form who you are today and how you see your circumstances.  This (your astrological natal chart) is Multi-dimensional Existentialism.  It’s complicated and many systems have sought to understand it, systems such as Jungian psychology; Scientology auditing; Hynotherapy; Tarot; along with various spiritual systems.

Despite the complexity of human layers incepted by our backgrounds, environmental influences, genetics, pain, emotions, chemicals, past lives and energy, we are informed that simple approaches are more apt to bring a general understanding of self with peace moreso than other complex approaches.

If you ponder ideas such as this, your thoughts are most welcome.