Retrograde Planetary Motion Has Gotten a Bad Rap Due to the Public Opinion of What it Means When Planets Appear to Move Backwards.

Don’t sign contracts! Don’t travel! Refrain from having any difficult conversations with loved ones! Prepare to have problems with electrical and mechanical items. These are the things you hear about Mercury retrograde, which causes you to liken retrograde planets to negativity and things gone wrong.

Fortunately, many Astrologers understand that retrograde motions mean so much more than computers that go awry. The purpose of this post is to bring some of those meanings into focus from a standpoint of planets like Saturn, Uranus and Neptune.

Retrograde Motions Take Us Back in Time to Fix Issues and Correct Mistakes.

When Uranus goes retrograde, She realizes that some of the changes She has forced in a particular horoscope are being resisted.  You may not like change, even when the change will serve you in the long run. Uranus can be like a persistant mom, forcing you to learn uour lessons and do uour chores until you get it right. She helps you to prepare for new life and then allows you the opportunity to make it happen. She wants you to see who is on the path with you and get rid of them if they are not beneficial.  If you don’t move in a timely fashion, Uranus may move some jobs or people out of the way to help push you along to your highest good.

Retrograde Motions Usher You Into the Presence of Kindred Souls from Past Lives and Twin Flames!

When Saturn direct is aspected strongly (in a particular sign and degree) in a couple’s synastry or composite, the couple may feel responsible for each other, which can lead to a long relationship. Unfortunately, there are many long-lasting relationships that people WANT to get out of, but feel they can’t — or shouldn’t.  Feelings of guilt that Saturn direct imparts can feel like an invisible noose.

Perhaps it is because the person needs you and no one else is there to help or vice versa. It could be because you are afraid to leave for fear of what that person might do to you or your family members — or you are just afraid and the All says you must overcome your fears. Even still it could be because the benefit to having the person in your life far outweighs the alternative.

You stay for many reasons and long relationships happen, not because things are always good, but mostly because people in these relationships never leave — some of you Cancers may know what I mean ;).

You must reconnect with various members of your soul groups within your lifetime for the purpose of receiving or giving help and/or for working out karmic relationships that were not resolved in past lives, whether in or out of the physical body.  Yes, sometimes you can leave a life without closure and understanding.

Saturn retrogrades (aspected in particular ways) help you to reconnect with those people to work out these soul lessons, and since you’ve seen them before, many times it does not take a full lifetime to sort things out so the interactions are not that long….7 – 21 years. Therefore, one way to view Saturn retrograde is that it gives you the short time you need to take full advantage of situations without dilly dallying. You’re here for a reason, and your time is seen by Spirit as being valuable.

In reviewing natal charts of those born with numerological master destiny numbers of 11, 22 and 33; in addition to many born under the sign of Aquarius and others who are considered by the public to be unusually wise, we find numerous retrogrades. In my mind, this denotes souls that are reincarnated and returning to earth to do one or more of a few things:  to advance their soul evolution; to further the evolution of others; or to provide much needed insights to those on planet earth.  They are considered to be old souls who are on their way to godhood or have only a few more chances to get it right, or else cease to be as they are known.

This notion also applies to ancient knowledge.  When the Nag Hammadi texts were found in an old clay pot in Egypt, the planet Uranus, which indicates change, evolution, communication and forward thought, was retrograde in Gemini [knowledge; philosophical thought].  This created the perfect time in December 1945 to rediscover gnostic traditions that had existed long enough that by 180 CE they were pronounced as heretical by the Bishop Irenaeus.  Irenaeus’ reasoning was there are four directions so there can only be four gospels.  I am not joking, this was his truth.

Jesus had only been died around 33 CE and without internet, modern printing presses, social media, telegraphs or modern mail, gnostic books had become so popular, they had earned the attention of the Catholic Church and monastic orders had been built around them.  Some say these books were precursors to the New Testament gospels.  A strong retrograde in Gemini [the thinker] and Mercury, Saturn and Mars were to blame or should I say they can take the credit.  Pluto was also retrograde as it is at least half of the time. The Powers felt it was time to go back to revisit ancient “truths”.

Read the Wonderful Translations of the Nag Hammadi Scriptures!

If you are a Pisces  who understands you need to be more forthright and realistic, Neptune retrograde can help you to see things more clearly. You will know exactly what you are getting into and will be better able to put things into proper perspective to make sure you don’t let fantasies get the best of you.

A retrograded Neptune in the 8th house turns dreams into prophecy, so much so that they can be used as a psychic tool vs existing only as a blurry microscope into the unknown. Neptune retrograde will also help you to curb an oversexual nature (along with getting rid of hormone-laden meats) that could easily get out of hand in a non-retrograde station, especially when strongly aspected to Pluto and in houses that rule sexual natures. Retrogrades can be saviors and the voices of reason.

What are Other Characteristics of Planetary Retrogrades?

We’ve already discussed how a forward moving Saturn can keep us doing what we’d rather not do, however during retrograde transits, a key gets thrown into the prison door to unlock it and set us free! There is a new testament, bible story of how the apostles were locked in prison and all of a sudden the door swung open — I’d be willing to be Saturn was retrograde  at 0 or 29 degrees at that very moment!

Plutonian influence can also be pretty harsh and staid at times, however retrograde motions stifle the severity of the planet, though you have to be careful not to internalize issues during important Pluto retrograde transits and you shouldn’t blame yourselves for everything that appears to not be going well.

It is true that Pluto is far away from earth and appears to be retrograde for half the year, affecting half of the population and generational issues, however its aspects to faster moving planets, as well as the degree and minute it is in, affects each of you in a more personal way when viewed with your natal transits on any given day.

Understanding the planetary archons via Astrology is very important in comprehending yourself, which is why the ancients put so much time into observing every detail and writing them down as instructed by the higher souls (whether in or out of the body), which directed them in this beautiful, much needed science.

8K, There’s No Going Back

Set Up Your Home School in Style and With Ease! Items Shipped Directly to You. 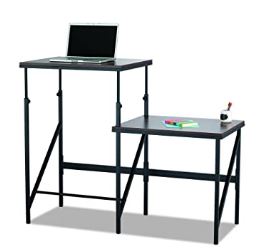 Read and Watch Movies with Your Kindle Fire

From the Author of “Twilight”

Learn About Spiritual Healing and Reclaim Your Happiness!

Thank You For Your Support!

Please Donate to Support This Blog!

We work hard around the clock to curate, research, gather and write for production of an informative blog. Your donations are appreciated.

As an Amazon Associate I earn from qualifying purchases.