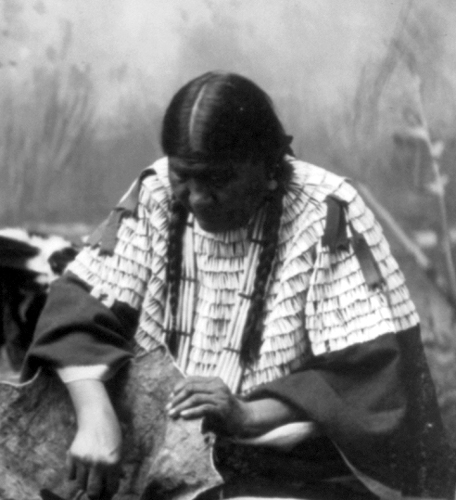 Every dream that I post is true and not made up, which is why many times I type in the wee hours of the morning. If I do not remember something, I do not type it.

Last night I had a dream that I posted on Facebook hours ago and then went back to sleep. As an “‪#‎AfricanAmerican‬” with both ‪#‎Native‬ ‪#‎American‬ and‪#‎European‬ ‪#‎ancestry‬, I wondered about my heritage and asked myself how could I find out more. I drifted asleep….

I only remember bits and pieces of this ‪#‎dream‬, where I was in an old wood or log cabin house 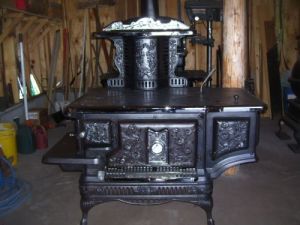 in front of a large cast-iron stove. I was fascinated with the stove because it almost looked bronze. When you turn the knob to the left, it would pop out a bit just before turning the stove off. There was a white gauge on front of the stove. It looked like the one in the picture I am posting with this entry. There are older, more rustic looking cast iron or potbellied stoves, but this was a newer kind that must have been quite expensive. I decided to pop some popcorn while I was there and all these people were seated in old wooden chairs to the right of the stove. It was really hot around the stove so I put the tin pan of popcorn on the top shelf inside the oven and moved away from it — I felt right at home.

There was a large, rustic looking man who appeared to spend a lot of time out in the sun. He 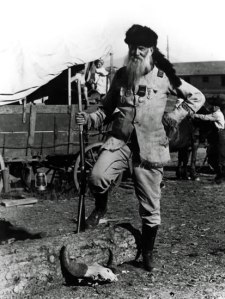 had on a fur hat, like a raccoon hat and he did all of the talking. Seated to his right was an old, stooped Native American woman with pig tails. She said nothing, but was leaning toward him with her weathered face looking down. Her skin was very brown and she had a smile plastered on her face like she had to learn to look happy even if she weren’t and now it was permanent, yet she seemed to have accepted her life.

While he was talking, I got the feeling that she was dead, heck they were all dead, but she had died before them and looked as if she’d had a very hard life. Surrounding the two elders, but standing a bit behind them were these young Native American farm hands. They seemed content to serve this man, who I think was also their father. They all had brown skin and long hair.

I got the feeling that the old man who spoke was a pioneer who had capitalized on the vast frontier, along with Native American labor and had made a name for himself. He told me he was a good man despite what others say. He had lots of land (with pigs, he added) and his wife, 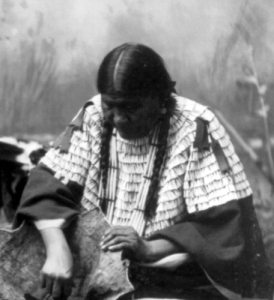 the dead lady to his right, was a farm hand and just a girl when she came to work on his farm, but he wanted her to be his wife and she agreed because she knew he was a good man and would take care of her. She bore him many sons (I feel, hear and see the number 15) and he repeated that she knew he was a good man. I sensed that he felt some guilt about some of the things that he had done to get where he was, but all in all he actually was a decent man trying to survive and get the best life that he could, accepting the times and acting accordingly.

I was getting a bit bored with the speech so I checked on my popcorn. It was COMPLETELY burnt black and it was in a tin container like that old stove top popcorn from back in the day. The oven was very hot so I begin practicing how to turn it up and down because my plan was to try popping another batch of popcorn…LOL.  I think he was still talking while I was doing this, but they acted as if I had a right to be there.

I have searched pictures on the internet to illustrate what I saw in the dream, and while these pictures do not depict my actual ancestors, they do look exactly like them.  I guess these stoves were made in the 1800s so this must have been the time period. I really feel this is what the internet was actually really made for. It is a wonderful ‪#‎akashic‬ record of sorts!